About the India Reporting Project 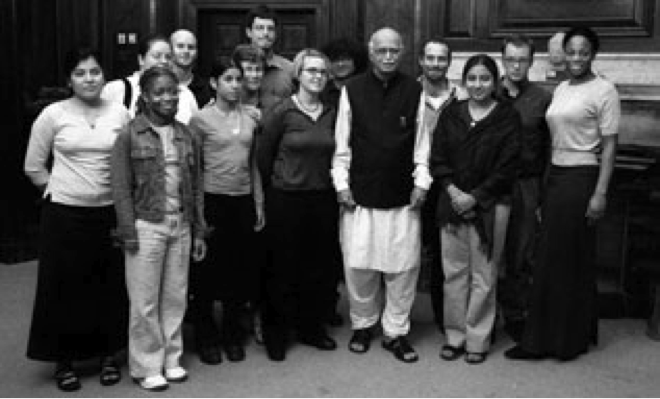 From New Delhi to Mumbai, down to Kerala, over to Bihar and even venturing into Kashmir, students from the University of California, Berkeley Graduate School of Journalism have crisscrossed India in pursuit of stories.

In an effort to better train young journalists to cover a complex country like India, the Graduate School of Journalism and the Chatterjee Charitable Foundation came together to establish the India Reporting Project, which was launched in 2003 with a small group of UC Berkeley journalism graduate students.

Since then, India’s middle class has grown rapidly, and Bangalore now has more IT professionals than Silicon Valley. India’s highly educated workforce is entering the global market, and the country is quickly becoming a major economic power. But it is also true that a majority of Indians still depend on agriculture to make a living, lack access to safe drinking water and cannot access basic health care. More people in India subscribe to a cell phone service than have access to a proper toilet, an oft quoted fact that illustrates the tension between a country moving forward and those being left behind.

The rapidly changing tide in India demands journalists who understand and are familiar with the diverse country. It was to this end that the Graduate School of Journalism launched the India Reporting Project and the Nirupama Chatterjee Teaching Fellowship.

The school offers the fellowship annually to an Indian editor or reporter, who will come to Berkeley for a semester and teach a course preparing our journalism graduate students for a hands-on reporting trip to India. Over the past decade, the school has invited renowned journalists from India to guide our students through a course focused on reading and reporting about India, culminating in a reporting trip at the end of the semester.

The fellowship is named in honor of Nirupama Chatterjee, who lived through India’s independence in 1947 and the opening of India’s economy in the early 1990s. Despite her reverence for tradition, Mrs. Chatterjee was very much a modern, forward-looking woman. She insisted that her three daughters have as much access to education as her three sons, and when several of her children immigrated to the United States, she was able to bridge the two cultures. Until her death in 1998, she remained open to a new world and excited by its possibilities. This fellowship honors her spirit.

The fellowships are open to top Indian editors and reporters. Past fellows have included:

Those wishing to apply must submit a resume to Lydia Chavez: lcha@berkeley.edu